You are here
Home > Our Stories > Heartbroken Mojakhomo speaks from exile 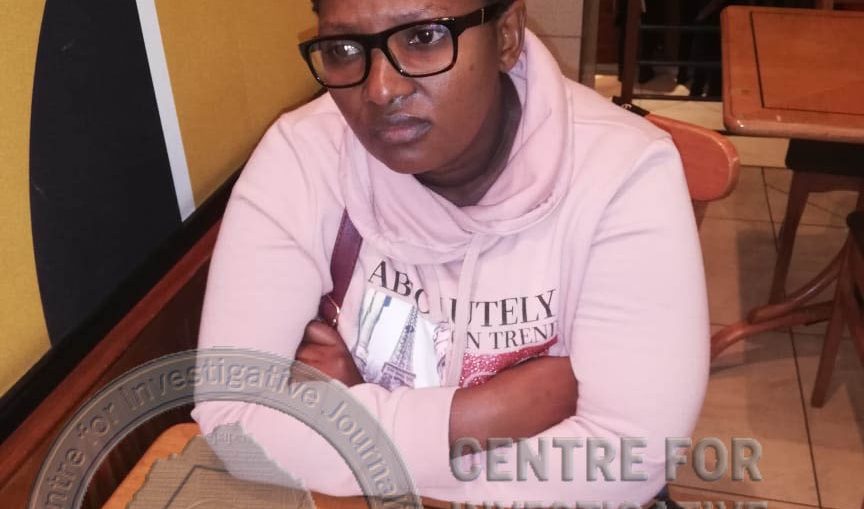 As yet another year rumbles on in Lesotho, it certainly seems to continue bearing the drama, fear and uncertainty of the past and more so for exiled mother-of-four ‘Makarabo Mojakhomo.

Mojakhomo was the ‘Maesaiah Thabane Trust Fund Director until her arrest on 29 May 2018 for allegedly defrauding the organisation at least M200 000.

But two days after her detention, Mojakhomo disappeared from police custody under unclear circumstances and later re-appeared in Johannesburg, South Africa, where she continues to live “in hiding” fearing for her life. The mother-of-four has vowed never to return to Lesotho for as long as ‘Maesaiah is the First Lady as she fears her “power” might influence the outcome of her fraud case, which is before the courts.

Speaking with the MNN Centre for Investigative Journalism (Centre) at a secret location in South Africa on Thursday, 30 May 2019, Mojakhomo said her time in exile had been the toughest year of her life as she had been forced to live apart from her four young children, husband, relatives and friends.

With tears rolling down her cheeks, Mojakhomo told the Centre in a trembling voice that she would not go into details of how she managed to escape from police custody to avoid jeopardising the case which is before the court but narrated how “torn” she has now become due to be living in a foreign country.

“My life has deteriorated and has become so difficult because I never had any plans of leaving my home for a foreign land. I must emphasise that my journey has been so painful for the past year.”

Even though she went through some counselling, Mojakhomo looked traumatised and said it had not been easy to live in a foreign country away from her family.

“I pray that I will wake-up one day to find this Thomas Thabane-led government is no longer in power. I have this strong belief that if Thabane is no longer in power, then ‘Maesaiah will be toothless. But with this current government in power, I may not be safe in Lesotho because ‘Maesaiah still does have power over everything. She would still have powers to control the police and the judiciary so I would not get a free and fair trial with her in control.

“I don’t want to go back home to Lesotho to get arrested over accusations I do not even understand. With ntate Tom as prime minister, it means Liabiloe (First Lady ‘Maesaiah Thabane) still has all the power to make my life miserable or to even go as far as silencing me. I don’t want to be like former Lesotho Defence Force boss Lieutenant-General Tlali Kamoli who has been in prison for years without trial. I am not going to take a risk by going home to die; I would rather stay here with the hope that one day, I will reconcile with my family,” Mojakhomo said.

Stuck in the middle of nowhere, in a foreign land where she does not have relatives or friends, Mojakhomo says she has been moving around temporary shelters because she has nowhere else to go.

“Life has shown me real flames this side. Things have turned out to be so difficult; I don’t have a permanent residence because I am not guaranteed security of tenure,” she added.

Mojakhomo also says what is more painful is to be separated from her two teenage girls aged 16 and 14 years, as well as two sons aged seven and five years, as she feels they need her special care and attention at this stage of their lives.

Ever since moving into hiding, Mojakhomo said she had not discussed how she left the country and how she was coping away from home because doing so was too painful.

Mojakhomo also said she is more heartbroken when she remembers that she has young girls who need close motherly warmth and monitoring to help them pass through their teenage challenges.

With a quivering voice, red eyes and tears rolling down her cheeks, Mojakhomo also said in addition to the financial crisis facing her family, her children were also forced to terminate their education after their lives were threatened at the school they were attending in Maseru.

“Without talking about people’s names, and before anyone knew about my whereabouts or whether I was dead or alive, someone just decided to go to the school where my children were attending and threaten them if they failed to disclose where I was. So for their safety, my husband decided to take them out of school,” she said.

According to Mojakhomo, it also tears her apart that due to extreme depression, her mother-in-law became so sick and had her leg amputated as a result.

With more tears rolling down her cheeks, Mojakhomo said: “I am so scared about the future. What if, as time goes by, my siblings-in-law blame me for their mother’s amputation? She never got this sick before she had to deal with stress caused by my disappearance which also cost her son, my husband, his job.”

Mojakhomo said following her disappearance from police custody, her husband, Thabang Mojakhomo, lost his job in the Ministry of Home Affairs a month after he was released from jail.

Mr Mojakhomo, who is also facing charges of defrauding ‘Maesaiah Thabane’s Trust Fund of M65 000, has been accused of conniving with his wife in the alleged offense hence his arrest.

“Exactly a month after being detained for alleged fraud, my husband was served with a ‘show cause’ letter why he could not be dismissed from employment in the Home Affairs ministry after being Absent Without Official Leave (AWOL) for 26 days. He was later dismissed even when the authorities at the ministry knew that it was not by choice that my husband did not report for duty,” she added.

Mojakhomo says it is difficult to accept exile life because she had never planned for it.

Because Mr and Mrs Mojakhomo have both lost their jobs, their children are no longer at school because of lack of funds. She also believes both her mother and mother-in-law are now seriously ill due to depression resulting from her case.

Mojakhomo says she now lives “by the grace of the Almighty God” because she does not even know how she survives alone and away from home.

“I never thought someday, I would be alone in a foreign land where I can’t even afford a packet of sanitary towels. I literally go on my monthly period without any sanitary towels and always console myself that at least I am alive.

“My children had to drop out of school; I can’t be with them and I feel so helpless but since I am a believer in God, I pray that someday, I will meet them and be with them again,” Mojakhomo said.

Asked about her relationship with the First Lady, Mrs Mojakhomo said they used to be on good terms until this whole saga started.

According to Mrs Mojakhomo, her sister is a long-time friend of Mrs Thabane because they used to be neighbours in Ha Mabote.

“When she called me to work for the MTTF, I accepted because I believed that she saw me growing up as my sister’s friend and got impressed with some of my characteristics and the way I conduct myself towards people,” she said.

Asked if she now hates ‘Maesaiah, Mojakhomo said: “I do not hate her at all. I am only disappointed at her, maybe because I did not expect her to make life so miserable for me.

“I pray to God every day to give me a chance to face her and let her know that all she put me through was not worth it. Being the person I know, she just wants fame and to be felt that she is currently in power. I do not really have many questions for her; I am eager to find out why she decided to do all this to me and whether she thought carefully about her plan before hurting me because my innocent children, my husband and the entire family are suffering.”

However, Mojakhomo said through the communiqué between her lawyer, Advocate Molati and the authorities at the Lesotho Mounted Police Service, the police failed to give her guarantee that she would be safe if she came back to Lesotho to stand trial, hence her continued stay in exile.

“My lawyer told me that there was no assurance about my safety from the police. They just told him that they will set security terms and conditions after I go back, which my lawyer found senseless,” she added.