You are here
Home > Our team > Billy Ntaote 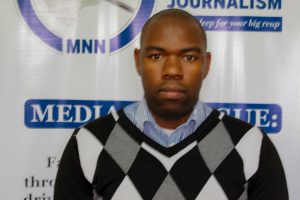 Billy Ntaote is a founding partner of MNN Centre for Investigative Journalism. He formerly worked for Africa Media Holdings, publisher of both Lesotho Times & Sunday Express weeklies from September 2013 to May 2017. He has won awards for being the best elections reporter during the 2012 and 2015 Lesotho general elections.

Prior to joining Africa Media Holdings two weeklies, he started his journalism career with Public Eye Newspapers in October 2009 and worked with the Newspaper until August 2013.

He is also Political Science and Public Administration Bachelor of Arts Degree holder from National University of Lesotho. He has undergone numerous short courses in journalism. He has also reported for the Mail and Guardian on Lesotho, Swaziland and South Africa stories during his three months Investigative Journalism course conducted by amaBhungane Centre for Investigative Journalism, based in Johannesburg, South Africa from July- September 2015.

He is also a Mandela Washington Fellow, a Flagship program of the United States’ State Department, Young Africa Leaders Initiative (YALI) and was placed under the Civic leadership track at the Presidential Precinct and he participated in a Professional Development Experience hosted by Voice of America English to Africa Service.