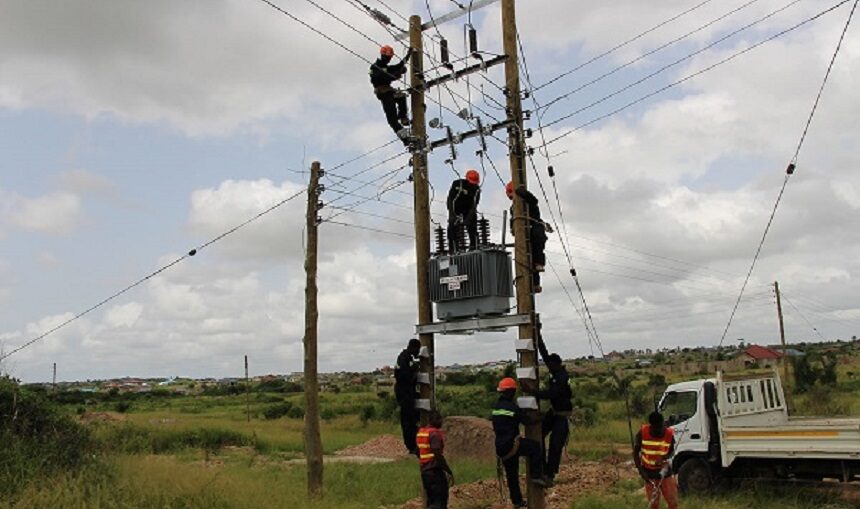 Accuse each other of politicising rural electrification project

In Lesotho, the election campaign period is typically characterised by abuse of state resources by politicians in public office as they leverage their power in favour of their respective parties and candidates.

In this case, Tšukulu (a member of the Movement for Economic Change (MEC)) has accused Sopeng (associated with All Basotho Convention) of using political influence to amend an approved list of constituencies and associated villages due for electrification.

At the heart of Tšukulu’s accusation appears to be that his home constituency, Matelile, was, according to him, on the approved list but was subsequently unilaterally removed by Sopeng.

On October 21, Tšukulu wrote to Sopeng, saying: “…your decision to remove the approved constituencies and villages…is not only a mistake but tantamount to corruption and political manipulation which will never be acceptable under my watch … You replaced the original list with new ones prematurely and unprocedurally through the backdoor as relevant stakeholders were never consulted prior to the ‘dramatic changes’”.

Tšukulu’s correspondence to Sopeng was contained in a leaked WhatsApp message but he told MNN Centre for Investigative Journalism that it was originally from a letter that he had sent to Sopeng. Sopeng however insists that he never received a formal letter from Tšukulu and challenged him to produce a signed copy. Tšukulu failed to do so.

Sopeng also claimed that the lists have not changed and that Matelile is still on them.

The MNN requested a copy of the lists but was unable to access these ahead of publication. Until there is transparency on the lists, Sopeng and Tšukulu’s tit-for-tat war of words is yet another case of political expediency at the cost of the people.

It is clear that Tšukulu has a political interest in Matelile, despite denying this. He is the constituency committee chairperson for the MEC, a political party led by his boss, the Minister for Development Planning, Selibe Mochoboroane.

MNN also understands that Tšukulu could contest for the constituency seat in next year’s national general elections. In the 2017 elections, he contested for the MEC but lost resoundingly to the Democratic Congress (DC) candidate, Maphathe Maimane.

In an odd exchange with MNN, Tšukulu denied being the Matelile constituency committee chairperson for the MEC: “Currently I am not, due to my non-political post [Principal Secretary]”. Two MEC constituency committee members for Matelile, Secretary Mabusela Mabusela and his deputy, Phafane Thamae, contradicted Tšukulu’s claim and confirmed to MNN that he is their chairperson.

MNN understands that public service regulations preclude Tšukulu from articulating his ambitions to contest elections while still in office as Principal Secretary.

Tšukulu also brushed off allegations that he is using the controversy around the electrification project to position himself for next year’s election, saying that he had no ambition to contest. He was however quick to add that, “the MEC members shall democratically elect their true and legitimate representative to safeguard their best interests in the next parliament”.

Speaking to MNN, the MEC deputy secretary for Matelile, Phafane Thamae, said the Matelile villages: Ha Tebelo, ‘Malere to Ribaneng, were originally included in the electrification project but that “it has recently emerged that they will no longer receive electricity because of some national politics”. He said that they received this news from “Ntate Tšukulu as he addressed the Ribaneng, Matelile and Mpharane area WhatsApp Group members”.

Sopeng in turn is not new to controversy.

In 2019, Lesotho Times reported that as then chief credit officer for state-owned Lesotho PostBank, Sopeng was hauled before the bank’s disciplinary committee on accusations that he had potentially prejudiced the bank of nearly M7-million after he allegedly irregularly transferred the money between company accounts without rationale.

“Sopeng was accused of making the transfer unilaterally without following the bank’s procedures and involving others who should have authenticated the transaction,” Lesotho Times reported.

Sopeng was dismissed from PostBank and then appointed as Principal Secretary in the Ministry of Mining, which was controlled by the All Basotho Convention (ABC).

Sopeng’s comments are understood to mean that Tšukulu’s accusations against him are driven by political opportunism.

“… for your information Matelile is his home. As the PS in [the ministry for development planning], he oversees and is responsible for all government projects, so if Matelile is [on] the list then he says he is fine. [Therefore], is this about performing his functions as the PS or is this [about] using his office to advance personal interest?” Sopeng asked.

Asked why Tšukulu had not reported his allegations to the Directorate on Corruption and Economic Offences, he said he had instead begged Sopeng to reconsider his position “and to come to the negotiating table with your team from the [Lesotho Electricity Company] …to discuss this matter in good faith and try our level best to reach a form of consensus”.

Tšukulu told MNN: “A negotiated settlement by the parties is much better than an imposed decision by the Directorate of anti-corruption…The PS [Sopeng] is my colleague and I was of the view that he might have made a mistake and I requested us to actually discuss that and come up with a solution, but we could not agree.”

Tšukulu said that when he and Sopeng failed to resolve the issue, they referred it to their respective ministers. When MNN asked Planning Minister Mochoboroane and Energy Minister Mohapi Mohapinyane, they both denied knowing anything about the matter.

When MNN published this story, the World Bank’s Lesotho Representative, Yoi Chiro, had not responded to our questions on whether the bank has any oversight or control over their funded project’s approved lists.