You are here
Home > Our Stories > Sexual harassment survivor fired 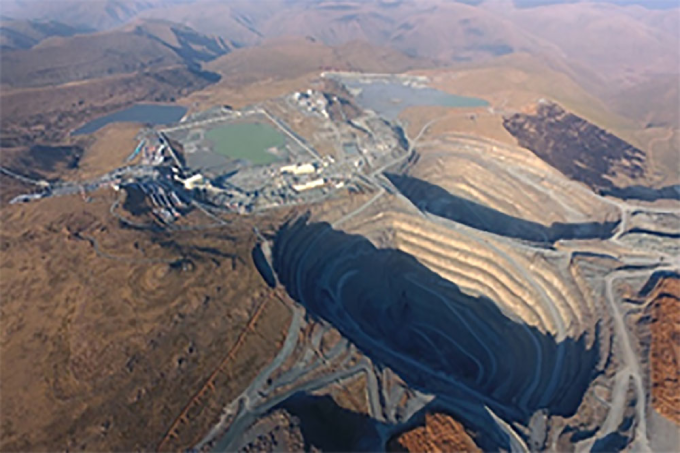 A woman who worked for Alluvial Ventures, a sub-contractor to Letšeng Diamonds Ltd, a company majority-owned by the London Stock Exchange-listed Gem Diamonds, has been dismissed after pressing charges of sexual assault against her former supervisor.

Sebongile Mokhele (29) believes her dismissal, allegedly on the grounds of insubordination, was an attempt by her former employer to discredit her and squash her claims.

Mokhele, who worked for Alluvial Ventures for two years as a housekeeper, laid a formal complaint of alleged sexual harassment against her supervisor on October 15, 2020, when she was accused of insurbodination.

She said she was asked to fill a form in order to formally report her purported sexual assault and harassment about six weeks before she was fired.

According to Mokhele, she laid another complaint against her supervisor thereafter for insulting her in an Occurrence Book where staff members are required to report incidents that take place in the workplace. She said thereafter she was contacted by a Health and Safety Officer who said they would refer her report to the relevant authorities within Alluvial.

She said she heard nothing from either Alluvial Ventures or Letšeng Mine about her alleged sexual assault and harassment claims, but instead she was dismissed on November 27, 2020, following a disciplinary hearing that found she had acted against orders she was given by her supervisor.

MNN Centre for Investigative Journalism has learned that Mokhele has opened a case of unfair dismissal with the Directorate of Dispute Prevention and Resolution (DDPR), an independent arbiter, and she has reported her alleged sexual abuse at the Letšeng Police Station, in the district of Mokhotlong.

Mokhele told MNN that she had suffered verbal and physical sexual harassment and assault at the hands of her supervisor Mokotjo Pelei.

The case is complicated by the fact that she and Pelei were previously in a year-long sexual relationship, which Mokhele ended in August 2019. Mokhele says Pelei’s sexual harassment started after her decision to end their relationship.

Mokhele is a single mother of two and was dependent on her job with Alluvial to care of her children and her elderly parents, including her sickly father.

“My two sisters sometimes help me financially, but things are not as they used to be. They both have their own families they fend for and as such, they cannot cover our entire needs,” she said.

When MNN put Mokhele’s allegations to Pelei he said he was aware of her sexual assault and harassment allegations against him but could not comment further as the matter was before law enforcement. “I can only respond when it has been dealt with to finality,” he said.

Alluvial’s human resources officer, Nthabeleng Rampokanyo, said Mokhele’s matter “has been referred to appropriate bodies which are duly designated to deal with such. Let us please give them an opportunity to complete their work and once they are done, I will be able to respond”.

Deputy police spokesperson sub-inspector ’Marearabetsoe Mofoka confirmed the case has been opened and was under investigation.

“Police met with prosecution where prosecution advised that the matter be further investigated before being taken to the magistrate as some witnesses were declared not credible,” Mofoka said.

The ordeal suffered by Mokhele at the hands of Pelei

Mokhele alleged she realised her supervisor’s behavior was getting out of hand and was improper after she terminated their sexual relationship and had to tell him on countless occasions thereafter that his conduct made her uncomfortable.

“On April 27, last year [2020], when we resumed work after lockdown, Ntate Pelei came into my sleeping quarters in the evening.  He was delivering keys that I was supposed to use to unlock the office which I would be cleaning the following day.

“Thereafter he refused to leave my room. As I climbed onto my bed to sleep, he approached me and held me tightly from behind and began humping me from behind, mimicking sexual intercourse. When he finally released me, I realised that his trouser was wet, an indication of having had an orgasm”.

Mokhele said the following day she confronted Pelei and told him she was unhappy about what had transpired between them. MNN understands that Pelei purportedly apologised to Mokhele.

Mokhele said that on another occasion she had to ask Pelei for a leave of absence, which she was never granted because the conversation degenerated and she was ultimately insulted by Pelei.

Mokhele said that Pelei, as supervisor of the cleaning staff, did not have an office and instead worked from his sleeping quarters.

Mokhele alleges that his abuse extended to her professional duties and that Pelei began assigning her tasks that were beyond her job description, skills and knowledge.

At one point, she said, she was allocated a task communicated through a WhatsApp group messenger meant for supervisors. “I brought it to his attention that I was not qualified to perform tasks allocated to supervisors,” said Mokhele.

In response, Pelei apparently arranged training to upskill her, but when Mokhele requested a form for employees for having performed supervisors’ duties in order to claim compensation, she was refused.

“Pelei refused to furnish me with a form as he said the forms were meant only for men. That was the time I refused performing the task I had been allocated. I felt I was being exploited while men were eligible for compensation for doing similar work,” she said.

As explosive confrontations with Pelei unfolded in their WhatsApp group, Human Resource Officer Rampokanyo, who is also a member of the group, never intervened, said Mokhele.

Instead, she said Rampokanyo called her to a disciplinary hearing, which led to her “unfair dismissal”.

Mokhele alleges that Alluvial Ventures has handled her case poorly and that Rampokanyo was vividly biased in favor of Pelei.

Following the WhatsApp confrontation, Rampokanyo allegedly told Mokhele to make a statement, through WhatsApp, as she intended to charge her. This is despite the fact that Mokhele had reported Pelei for sexual harassment at least six weeks earlier but had received no material response from anyone in the company, including Rampokanyo.

Mokhele alleges that instead Rampokanyo kept mum about her sexual harassment complaint until the day she was called into Rampokanyo’s office to talk about insubordination charge.

Mokhele said, prior to being summoned to the disciplinary hearing, she had asked Rampokanyo to intervene as her argument with Pelei on the WhatsApp group had degenerated so badly. Rampokanyo apparently failed to do so.

In the disciplinary hearing, Mokhele said she again reported Pelei’s sexual harassment but instead of dealing with this, Rampokanyo apparently told her to fill in a form linked to insubordination for having refused to perform a task she was allocated.

Mokhele said Rampokanyo only told her that her sexual harassment claims would be dealt with at their own time.

Rampokanyo allegedly added she would need to hear Pelei’s side of the story first.

Mokhele said she felt she was being taken for a ride. “I told her [Rampokanyo] that if this is how I am going to lose my job, then so be it. I said to her, ‘you have witnessed the entire tiff in a WhatsApp group and you kept quiet, but now that I have stood my ground you are threatening me’”.

Mokhele alleges not only did she feel threatened but also that Rampokanyo ordered her to keep details of their meeting confidential.

“I have refused her orders,” she said.

Mokhele said that she is aware of other women who have suffered at the hands of Pelei, but she couldn’t name them for confidentiality reasons. In one case, she said “a woman’s rosary was torn to pieces and beads scattered after she had refused his sexual advances.”

MNN understands that Pelei remains a supervisor of cleaning staff with Alluvial.

Following Mokhele’s dismissal, two advocacy groups, Transformation Resource Centre and Construction and Mine Workers Union intervened and worked with the Lesotho Federation of Women Lawyers to open a case of unfair dismissal with the Directorate of Dispute Prevention and Resolution.

Advocate Mabela Lehloenya of Lesotho Federation of Women Lawyers has written a letter of demand to Alluvial requesting that Mokhele be reinstated with immediate effect or be compensated for unfair dismissal.

In a statement issued in response to questions, Letšeng’s Communications and Community Relations Officer, Chefa said although he is in no position to comment on sub judice matters, the company rebuts any claims of unfair labour practices.

“We refute in the strongest possible terms the unfounded accusations that it [Letšeng] allows and supports unfair labour practices,” Chefa said.

Chefa said Letšeng’s internal grievance management procedure serves as a tool through which complaints can be lodged and resolved successfully.