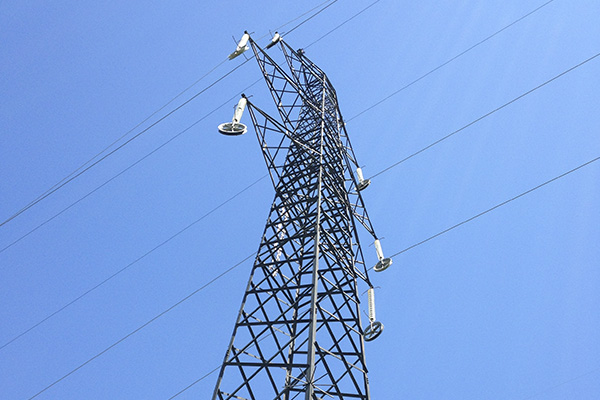 China Railway International Group has asked Lesotho’s Energy Ministry to reinstate a M2-billion contract for construction of 132KV powerline from Mazenod to Qacha’s Nek, which the Lesotho Electricity Company cancelled in controversial circumstances earlier this year.

However, the role of China Railways in the project appears to hangs in balance after Minister of Energy Mohapi Mohapinyane told the MNN Centre for Investigative Journalism this week that the government has no idea who China Railway is.

Mohapinyane said his ministry had written to the president of China Railway, Guo Wei, asking him “to shine light into this matter, as we don’t know anything about China Railway. We are expecting them to revert back to us.”

Adding to the confusion was a statement by the Minister of Planning, Selibe Mochoboroane, in a separate interview with MNN that the Chinese proposal will be reviewed on October 7.

The engineering, procurement and construction contract with China Railway was signed by the former LEC chairperson, Refiloe Matekane, two months before he resigned.

The previous minister, Ntoi Rapapa, told MNN that Matekane committed the government to the contract without the knowledge and approval of the responsible ministries – of energy, planning and finance – leading to its cancellation on May 18 this year.

MNN has now been told that China Railways is seeking the reinstatement of the contract.

“We look forward to the reinstatement letter from the employer [LEC] to bring both parties back to the contractual context, and we are open to discuss any potential amendments with the management of LEC within the framework of the contract,” said company president Wei.

In a letter to the Ministry of Energy on August 3, which MNN has seen, Wei informed the ministry’s former Principal Secretary, Tankiso Phapano, that “the … contract on the project shall be submitted to Ministry of Energy for official approval”.

China Railway claims to be the best company to construct the powerline and says in the letter that it has already completed the preliminary design of the project.

“Bank of China has already produced an indicative term sheet for us to generally understand the financial cost of the project. The project has been put on record by the Ministry of Commerce of the People’s Republic of China.”

Wei gives the LEC an ultimatum of no later than last month to restore the contract. “The above timeline is based on the presumption that the reinstatement letter is issued and things will get back to normal order from August,” he says.

China Railway claims to be working closely with LEC to coordinate all parties to stick to the timelines and understand the project.

Matekane told MNN that he has learned that the project is currently at the stage where the Ministry of Energy is going to present the feasibility to Public Sector Investment Committee at the Ministry of Planning.

“But it is going to be approved because from the discussion with the Minister of Planning [Mochoboroane], it is a project of interest for job creation.

“The LEC and Ministry of Energy have to decide on reinstating the China Railway contract.  I told them if they want this project to happen now, they’ll have to go with China Railway,” Matekane said.

“The PSIC seating will be on October 7. It is from that meeting that China Railway’s proposal viability will be assessed and approved.

“I currently can’t talk a lot about it because that project has not been approved yet and I am not sure if it will meet all requirements and see the light of the day,” Mochoboroane said.

However, this came out in sharp contrast to Mohapinyane’s assertions.

“I don’t know and I have never seen the China Railway feasibility. As it is, we have only submitted the project concept note as drafted by the Ministry of Energy to Planning,” Mohapinyane told MNN.

This has led to suspicions that this project continues to be driven by political interests.

Following the inauguration of the now three-months old coalition government, the two ministers, Mochoboroane and Mohapinyane met and set timelines for review and approval of the powerline project.

Speaking to MNN, former energy minister Rapapa said it had come to his attention that the ministers met some time in August and decided that the ministry of energy would submit the project proposal to the PSIC within seven days.

“The instructions by the ministers, which require that everything be concluded within 14 days, leaves a lot to be desired for a project of this magnitude. A conflict of interest cannot be ruled out, including a quick shuffling of principal secretaries responsible for ensuring the transactions go ahead.

“All project proposals to the PSIC must have up-to-date feasibility studies, designs, and environmental impact assessments,” Rapapa pointed out.

Approached to comment on this, Mohapinyane said the Ministry of Energy took the project to Ministry of Planning and they set the timelines together. “It is the government policy to treat projects with urgency.”

Ministry of Finance Debt and Aid Management Director, Khotso Moleleki, told MNN that as much as it would be a good thing for Qacha’s Nek to get electricity drawn from Mazenod rather than Matatiele in South Africa, the said project does not appear in the Forum on China Africa Cooperation (FOCAC) 2018/2021 projects sponsored by the government of China.

“In the 2019/2021 FOCAC cycle, Lesotho submitted only three projects to be sponsored by the government of China. Those projects are; Ramarothole solar power, Mass Complex – a broadcasting project and Smart city – police town surveillance project.

“Even if the project makes it from the Development Planning assessment, the government of Lesotho will only be able to source funding from China after 2019/2021 cycle, not now,” Moleleki said.