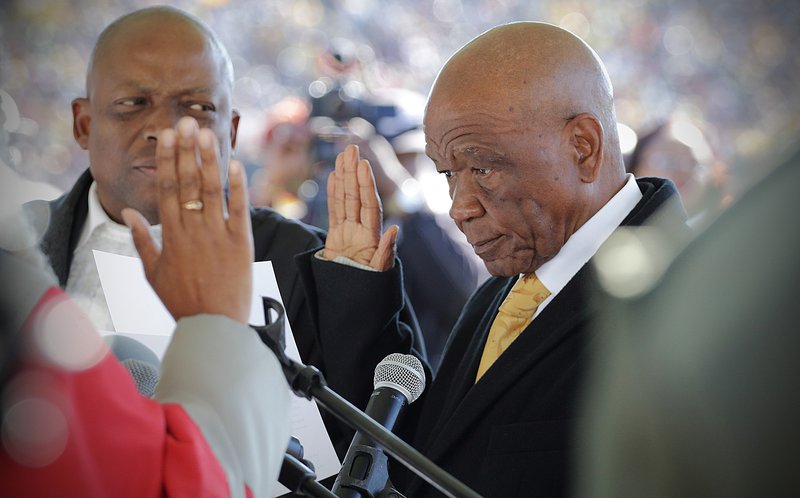 Thabane told a press briefing held at the old state house he would be retiring his position as the country prime minister very soon citing old age as a reason.

But he also referred to his All Basotho Convention’s protracted feud since a new committee was elected by a February 1-2 2019 elective conference.

He said there has been a series of battles within the ruling party that prompted court intervention but remain incessant.

“I am planning to retire as the prime minister in His Majesty’s cabinet and as the leader of the ABC and when time comes, I will let you know and by the look of things I am old as well… I do remain the leader of the ABC, and the party is not mine or the committee, but for the entire nation…,” says Thabane.

Nuanced details about Thabane’s retirement and departure from Office as Lesotho Prime Minister are said to be in the process of being iron out by his party leadership and thereafter his coalition government partners.

He also added he would be retiring his position as the party leader later after stepping down as the prime minister on the request of the party members or on his own.

The briefing was also attended by party’s members of parliament and senators who had also taken an active role in the infighting that ensued ahead of party election in February 2019 and thereafter.

Interestingly, the Prime Minister announced his decision to retire after the police asked him to help in an investigation into the killing of his wife Lipolelo Thabane in June 2017 on the eve of his inauguration.

Thabane, just two months after the killing of Lipolelo, married Maesiah Thabane as his new wife and she assumed the status of a First Lady.

After receipt of the letter seeking him to clarify whom his phone communicated to on the scene of the murder of his wife, Thabane, in a move to scuttle police investigations first tried to send on forced leave, the police commissioner Holomo Molibeli but later upon court interdiction resorted to sending him on suspension pending retirement.

But the police commissioner refused to budge, acquired a second court order to interdict Thabane from removing him as the police boss.

This was followed by a warrant of arrest being issued against the first lady Maesiah for her failure to report herself to the police to explain her involvement in the assassination of her husband’s former wife Lipolelo Thabane.

Maesiah barricaded herself in statehouse and she later fled and is currently considered by the police as a fugitive. Maesiah has since approached the court in an urgent application seeking a means to quash her arrest by the police.

But, Thabane after announcing his plans to retire, has told his South African neighbours, President Cyril Ramaphosa of his intentions.

Ramaphosa remains the Southern African Facilitator to Lesotho with the help of former Deputy Chief Justice Dikgang Moseneke and he remains seized with developments in Lesotho.

Thabane at the briefing also apologised to His Majesty King Letsie III and the entire Basotho nation, citing also “those I may have hurt, please forgive me”.

“…we have made history in the politics of Lesotho, because despite all the problems we had, we reached a solution and decided to stick together, in unity, stop all the name-calling and work as one in ensuring success of the party.

“Lesotho is under a great danger which should be taken very seriously, and I know we will combat it if we work hand in hand,” Thabane further said.

Mahao corroborated Thabane’s sentiments saying “…indeed he is going to vacate the office of the prime minister and as leader of the ABC, we have battled each other which is not what should have happened”.

Mahao further said as the ABC, a majority among Lesotho political parties and leader in the four parties’ coalition government, feels that it has let down the nation due the infighting that went on for almost a year.