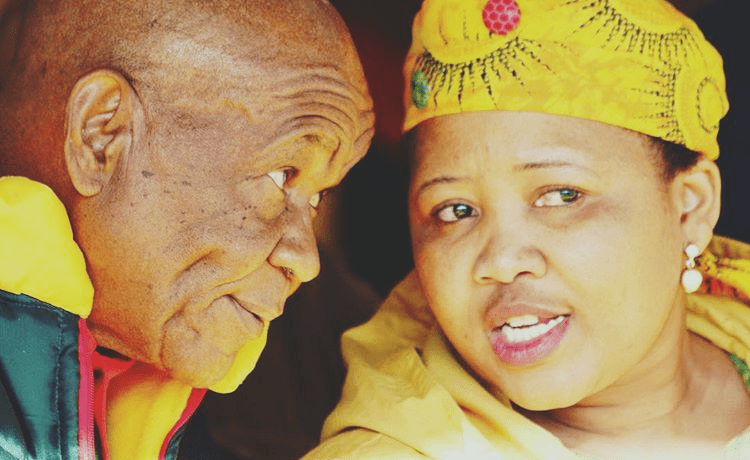 In the wake of Lesotho’s first lady, Maesiah Thabane’s evading arrest and vanishing, police investigations have led to top government officials being summoned to Police Headquarters for questioning.

Minister of Water Samonyane Ntsekele and Government Secretary Moahloli Mphaka were today summoned to help police with their investigations into the killing of Lipolelo Thabane.

The duo was called following an incredulous disappearance of Maesiah after a warrant for her arrest was issued by Maseru Magistrate Court on Friday.

Police acquired a warrant for the First lady’s arrest after she refused to report herself to the police to explain her alleged involvement in the killing of her sister-wife Lipolelo Thabane.

Lipolelo was gunned down on the eve of her husband, Prime Minister Thomas Thabane ascending back to power in 2017. About two months after her death, Thabane was joined in holy matrimony with Maesiah née Liabiloe Ramoholi.

As police investigations into the killing of Lipolelo progressed it was revealed that Thabane’s mobile-phone was used to communicate with the assassinators and he has since been asked to explain whom his phone was communicating with and other aspects of the case.

Tension brewed between the police commissioner Holomo Molibeli and Prime Minister Thomas Thabane following confrontation by police to explain how his mobile phone was used during his estranged wife’s fatal shooting in June 2017.

As a result, Thabane made attempts to fire police boss in a retaliatory action that has led to courts intervention.

Thereafter the police summoned Maesiah to give her side of the story but she blatantly refused to show up and only sending her lawyer Advocate Rethabile Setlojoane who could not seal a deal with police for a neutral location to be used for her interrogation.

Maesiah, in an exclusive interview, told the MNN Centre for Investigative Journalism (the Centre) said she feared for her life due to the tension between her husband and the police commissioner following Thabane’s attempt to fire the police boss.

This prompted the Police to acquire a warrant for her arrest, but Maesiah barricaded herself in statehouse and later when police executing the arrest were cleared by the army personnel guarding the statehouse, she was nowhere to be found.

The Centre has today learned from deputy commissioner of police Paseka Mokete that Maesiah’s whereabouts are still unknown.

“… leads forwarded to us have only been wild goose chases,” said Mokete.

But, Mokete adds his office has now summoned both Ntsekele and Mphaka to come help them with their investigations as more leads in the investigation are revealed.

The centre understands that Ntsekele, is Prime Minister Thabane’s key intelligence and some ministers are made to report official duties, performance and progress to.

Mphaka was also called in for questioning at 7:00 am this morning, but according to Mokete nothing came out of their short meeting as Mphaka had to report back to work and police were forced to postpone their interrogation.

He also said Ntsekele was also called for questioning however also requested a later time due to his other commitments.

Speaking to the Centre, police commissioner Molibeli also refused to disclose how police investigations into the killing of Lipolelo fingered Mphaka and Ntsekele, saying; “we shall divulge in due course”.

Attempts to get comments from the duo have since been unsuccessful as they were said to be in meetings all day when contacted on their mobile phones.

But Mokete, who is also the Lesotho’s Criminal Investigations Division boss, said they are following all leads to find Maesiah, however that some are wild goose chases.

“Some have said she is in Mozambique preparing to head to Morocco and apparently has someone applying for her visa, while some pointed them in Semonkong direction where police were stationed all night but in vain”, Mokete explained.

Maesiah told the Centre she would never refuse to report herself to the police under normal circumstances, but said she refuses because she “feared for my life”.

This is after police commissioner withdrew members of the police special operations unit stationed at the statehouse who were also assigned her bodyguards.

To this, Mokete told the Centre that they were willing to question her in the presence of her lawyer, Setlojane, if she felt unsafe.

Mokete said it was shocking that even after assurances she would be questioned in the presence of her lawyer, Maesiah has instructed her legal counsel to secure a court order to interdict police from arresting her.

The High Court has since entertained the case as urgent and will be heard on Wednesday January 15, but refused to quash the Magistrate Court’s warrant for the First lady’s arrest.

“…before engaging such a drastic measure, we have to prove beyond reasonable doubt that indeed a suspect has fled the country,” he said.

Mokete told the Centre the police are convinced that Maesiah might have escaped during the long security processes they had to endure to gain access to the statehouse last Friday.

“…while being cleared to enter the statehouse to effect an arrest, there were still vehicles coming in and out and anything could have happened then. Moreover, the statehouse is a complex building,” said Mokete.

He said member of the special operations unit that was assigned to the statehouse and Maesiah guards were recalled to ensure there would not be any confrontation between the police officer stationed there as her guards and the police send there to effect arrest.