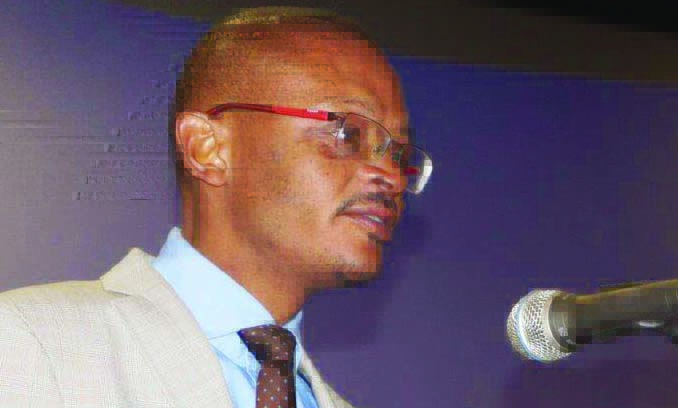 Former Prime Minister Pakalitha Mosisili’s son has taken a fight for his re-instatement into a position to represent government in the Lesotho Highlands Water Project (LHWP) to the Court of Appeal.

Rethabile Mosisili had previously lost his High Court bid against his recall from the lucrative post on October 11, 2017, but immediately filed an appeal that was never heard until this week following a prolonged crisis in the sittings of Lesotho’s apex court.

Had he not been dismissed, Rethabile was going to earn an estimated whopping M250, 000 in monthly salary, which includes other related emoluments for the position of Chief Delegate.

Respondents in the matter are Principal Secretary in the Ministry of Water, Lesotho Highlands Water Commission, Public Service Commission and Attorney General, cited as first to fourth respondents, respectively.

Rethabile, while serving as a civil servant in a position of a Deputy Principal Secretary in the Ministry of Water, was on March 27, 2017 offered the position of Chief Delegate in the Lesotho Highlands Water Commission by the then Minister Kimetso Mathaba.

Motivation for his employment as contained in his appointment letter reads in part: “…nature of the current and future issues on the table at the LHWC, demands that next Representative should have a legal background. This person will also lead the Lesotho Delegation to the LHWC”.

The LHWC is a bilateral body that acts as a channel of government inputs to the LHWP and acts on behalf of and advises the government of Lesotho and that of South Africa. Each country is entitled to three representatives to this body.

Currently the LHWC is overseeing the work of the Lesotho Highlands Development Authority on construction of the estimated M26 billion worth Polihali dam project in the district of Mokhotlong, meant to augment the supply of water to the South African Gauteng province.

Subsequently, Mosisili’s government concluded Rethabile’s contract of employment for the position of Chief Delegate on March 30, 2017 which was effective from April 1 2017.

Unfortunately, Rethabile had not either resigned from his post as the Deputy Principal Secretary in the Water Ministry, or had any letter approving his secondment contract from the Public Service Commission in line with the rules and regulations governing public servants like him.

The MNN Centre for Investigative Journalism has learned from court papers that Rethabile, in a bid to rectify having disregarded public service laws and regulations, sought to apply for secondment on April 3, 2017.

Thereafter, the Centre understands the Ministry proceeded to submit Rethabile’s application for secondment to the Public Service Commission.

The Centre learned amid having signed a contract of employment while still a serving government employee in contravention of public service laws and regulations, the Public Service Commission on May 16, 2017 disapproved Rethabile’s application for secondment on grounds that it had not been justified.

In an unfortunate turn of events for Mosisili, his Democratic Congress party and allies lost the June 3, 2017 elections to a coalition led by the All Basotho Convention of Thomas Thabane.

Following this change of government, the court documents show that the Principal Secretary wrote to Rethabile advising him that he was being recalled to his substantive post in the public service since the Public Service Commission had not approved his secondment to the LHWC.

The Centre understands from the court papers that it is this recall that prompted Rethabile to seek the High Court to “intervene, review and set aside the decision”.

According to the findings of the Centre, Rethabile was filling a vacancy he had earlier either created or earmarked for himself when he terminated the then Chief Delegate Charles Putsoane’s employment contract on April 23, 2015.

Rethabile was then the acting Principal Secretary in the Ministry of water when he wrote a letter titled “Termination of Employment Contract” dated April 23, 2015 and addressed to Putsoane.

Part of the letter, which copy the Centre saw, reads: “Your performance on the implementation of the Lesotho Highlands Water Project Phase II has not expedited smooth implementation of the project. As a result, your employment contract is terminated with effect from 23rd April 2015. You shall be paid 3 (three) months’ salary in lieu of notice”.

This prompted Putsoane to end in a protracted legal battle with Mosisili’s government, which ended with Putsoane accepting a compensation for his unfair dismissal by Rethabile, taking home M6 million.

When Putsoane’s case was finalised, Rethabile had reverted to his previous position of Deputy Principal Secretary.

Now Rethabile, with his father out in the opposition, is appealing his recall from the LHWC after losing court bid in the High Court.

In his grounds of appeal, Rethabile is arguing that the judge in the High Court “erred and misdirected himself in holding that his recall is an executive decision and therefore not liable to be reviewed”.

He argues it is wrong for the respondents to classify his recall as an “executive decision”.

Once classified as an executive decision, Rethabile argues “the court a quo (meaning the court below, which, in this instance, is the High Court) should have declined jurisdiction and not deal with the merits of the application.

“The learned judge in the court a quo erred and misdirected himself in dismissing the application as the evidence reveals that the appellant was not granted a prior hearing, hence the review and conflated it with the requirements of an interdict, by holding that the appellant did have a clear right,” reads part of Rethabile’s appeal papers.

But in response, the Respondents in the appeal are arguing that Rethabile is only relying his appeal on grounds that “he was not afforded a hearing prior to the recall” by the Principal Secretary when a new government came in.

The respondents further argue that Rethabile, after losing his case together with another application for stay of execution, returned to his substantive position as Deputy Principal Secretary in the Ministry of Water and has since been transferred to the Ombudsman’s Office.

The Centre understands that the government has since filled the position of Chief Delegate with a new candidate since Rethabile lost his High Court bid to nullify his recall.

The respondents further argue that the government of Lesotho has absolute discretion on the appointments to the LHWC.

“The only caveat being where the government intends appointing a serving public officer to the Commission. In such a situation, then the provisions of the public service Act, 2005 and the Public Service Regulations, 2008 come into play.

The respondents further submitted to the Court of Appeal that the appointment of any person to the position of Chief Delegate is a highly political decision and the courts have always been very reluctant to interfere with executive decisions based on political considerations.

The respondents further argue that “in seeking a right to a hearing, the appellant is operating under a false belief that his contract was ever lawful. The right to a hearing would only flow from a legally enforceable contract”.

The respondents conclude that in recalling Rethabile to his substantive position of Deputy Principal Secretary the Principal Secretary did not repudiate any contract but rather “reversed an unlawful decision of his Ministry. The applicant’s appointment, whilst he remained a public officer and without the approval of the public service commission basically never existed in law”.

The respondents further argue in their court papers that “the purported contract of employment of chief delegate was, with respect, a ruse instigated by the former Minister during an election period; at the time when his authority to make major decisions is doubtful”.

Judgement was reserved for February 1, 2019. Justices PM Musonda, M.T. Mtyia and M.C. Chinghenga are presiding over the matter.