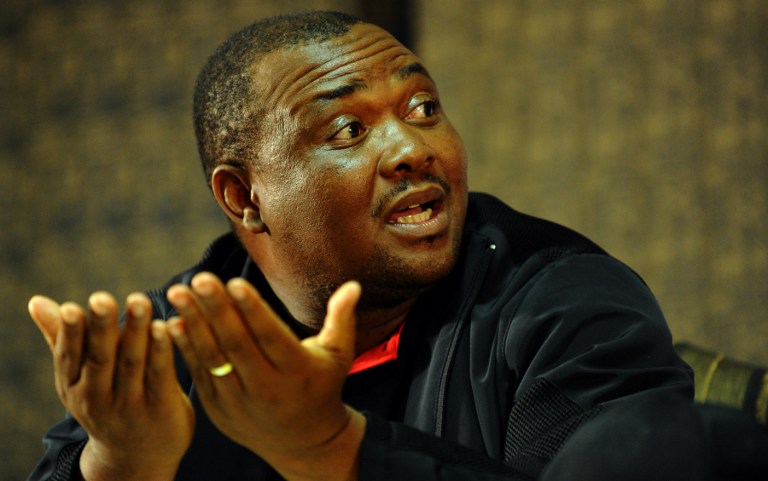 …as opposition and government ink peace accord

In a regional facilitator brokered deal, opposition and government on Tuesday this week smoked the peace pipe and inked to put-on-hold all criminal charges against opposition leaders and other persons in exile.

A development that gives former Deputy Prime Minister, Mothetjoa Metsing, Pictured, and his Lesotho Congress for Democracy (LCD) party deputy, Tšeliso Mokhosi, a chance to return to the country and participate in the national reforms processes.

The deal further makes provision for many other issues that include opening a forum for dialogue and negotiations between the Prime Minister Motsoahae Thabane led four-party coalition government and opposition with All Basotho Convention (ABC) Secretary General and water minister Samonyane Ntsekele and Justice Minister Mokhele Moletsane pitted against opposition Popular Front for Democracy leader Lekhetho Rakuoane and the LCD’s Apesi Ratšele to defuse any tensions before calling on the regional body for mediation. Click here for full Government-Opposition Deal.

The deal was inked by Deputy Prime Minister Monyane Moleleki and the Official Leader of Opposition, Mathibeli Mokhothu, and witnessed by the Sadc facilitation team led by former South African Deputy Chief Justice Dikgang Moseneke and the Sadc Oversight Committee.

Government and the opposition bloc signed this Memorandum of Understanding following two-day crunch talks in Maseru following the opposition’s decision to withdraw from the National Dialogue Planning Committee (NDPC).

The NDPC is a multi-stakeholder body formed by the National Leaders Forum to prepare for the Multi-Stakeholder National Dialogue, intended to pave way for the implementation of the reforms roadmap.

The opposition withdrew its participation form the NDPC citing Thabane’s purported interference in the judiciary, following the suspension of Chief Justice Nthomeng Majara.

They also pointed out what they termed lack of commitment on the part of the Qhobosheaneng administration to safeguard Metsing’s return, human rights violations by the Lesotho police among others. The peace deal on return of exiled opposition leaders reads: “The government of the Kingdom of Lesotho shall ensure the safety of all citizens in exile and must provide adequate security for Mr Metsing and other similarly placed exiled. Mr Metsing, and similarly placed persons in exile, will not be subjected to any pending criminal proceedings during the dialogue and reform processes. The coalition of opposition parties undertakes to convey the government of the Kingdom of Lesotho’s undertaking to Mr Metsing and other persons in exile.

They further undertake to persuade Mr Metsing to return to the Kingdom of Lesotho no later than the commencement of the National Dialogue. Should Mr Metsing not return as envisaged, the National Reform Process will nonetheless continue.”

According to an earlier High Court judgement on Metsing’s court bid to block investigations into his alleged corruption, the court heard that between October and November 2013 the Directorate on Corruption and Economic Offenses (DCEO) received information from whistle-blowers to the effect that a company, Big Bravo Construction (Pty) Ltd, was undeservingly and illegally awarded a tender to construct roads in Ha Matala and Ha Leqele villages. Court papers filed by the anti-corruption body against Metsing’s bid reads that “it was further alleged that Metsing, who at the relevant time was the Minister of Local Government and Chieftainship Affairs, received bribes from the company in order to award the tender to it.” The DCEO said that based on information acquired from whistle-blowers, it commenced a discreet and confidential investigation.

“The investigation revealed that Metsing appointed Deputy Principal Secretary as his delegate on the evaluation and adjudication panel (of the tender to construct roads in Ha Matala and Ha Leqele villages), which assessed the tenders. It further revealed that the initial evaluation report had been revised to favour the company (Big Bravo Construction)” reads papers filed by the DCEO in that case.

Then the anti-corruption further presented before court on February 11, 2014, that the DCEO sent similarly worded letters to the three banks, Standard Lesotho Bank, Nedbank Lesotho and First National Bank Lesotho.

The DCEO said the banks complied and on 18 February 18 the same year provided it with copies of Metsing’s bank statements.

“The Standard Lesotho Bank statement revealed that various unattributed cash deposits totalling M328 000 were paid into the Metsing’s bank account. Metsing’s account held at Nedbank Lesotho revealed that numerous unattributed cash deposits to the amount of M118 000 were made into the account. Later on, following Metsing’s legal attempt to frustrate the probe on his accounts, the DCEO told the court that it had ascertained that further unexplained deposits had been made into the First National Bank Platinum account of the LCD leader.

“These deposits amounted to M524 964. 86. And after this discovery, the anti-corruption body’s director general issued another notice for Metsing to appear before it, but Metsing undertook not to take any steps to comply until such time that his legal bid had been exhausted. Now, with the deal entered into by Thabane’s administration and the opposition bloc the DCEO case against the former deputy prime minister shall be deferred to a time when the reforms will have been concluded.

Other similarly placed persons believed to be covered under this deal include Mokhosi, who is charged alongside former army chief Lieutenant General Tlali Kamoli and senior police officers implicated in the disappearance and murder of Police Constable Mokalekale Khetheng. Former police boss Molahlehi Letsoepa, who fled the country after receiving a letter that instructed him to report himself to the Police Headquarters in connection with the disappearance and murder of Khetheng, also forms part of the exiles to get as a result of the deal.

Lekhooa, who fled the country after his demotion from his secondment to the National Security Service director general’s position, is another person believed to be covered by the deal deferring criminal prosecution.

Asked about the implications of the deal, Mokhothu weighed in on the deal as a good development as it provided them a chance to regroup and participate in the reforms.

“We are protecting the reforms process so that they are given a chance to breath and have peace of mind to represent their constituents in the national issues. Our major concern on the reforms is to strengthen those institutions that are supposed to investigate, prosecute and hear the accused person cases independently without political influence.

Ntate Metsing has never, not even in single day, said that anyone who suspects him of wrongdoing should be stopped from taking him to court. He has not said those who suspect him should not take him to task. But he is concerned that there should be visible depoliticisation of the prosecution, security agencies and the judiciary in the country. He is concerned that he will be found guilty even before his case is heard in court,” said Mokhothu.

Mokhothu said Metsing was not saying criminal cases against him should be dropped, but believes those cases should be suspended and be brought to court for prosecution after the reforms.

Mokhothu said it was even of paramount importance to the opposition parties that stakeholders in the reforms should meet, dialogue and agree on a truth and reconciliation commission to iron out past ills.

“The truth and reconciliation commission would be important so that we can turn on a new leave, forgive and forget the past deeds of all individuals. And if that happens, then Ntate Metsing’s cases shall also be categorised under such a commission and he be pardoned,” said Mokhothu.

Mokhothu argues that at the moment “we cannot protect Metsing from being prosecuted, but we are all saying that there should be a level playing field and institutions that handle cases against him – and that these should be independent and capable to handle them fairly without political influence”.

But the deal seems to be far from the hard-line stance taken by the Thabane during his elections campaign against corruption and on promotion of rule of law without any compromises.