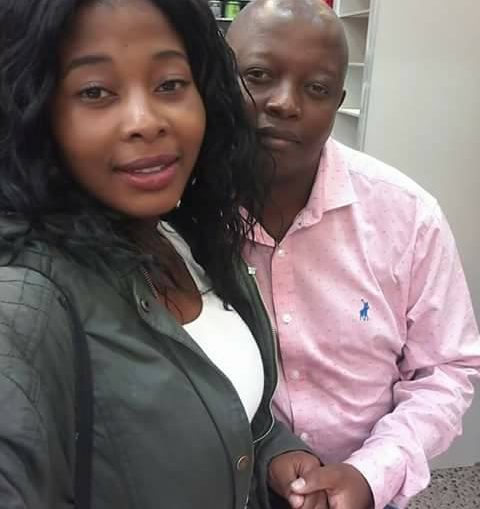 Nhlapo is facing charges of kidnapping, trafficking of persons for sexual purposes, assault, pointing of a firearm, rape, extortion, crimen injuria, and illegal possession of firearm and ammunition.

On July 31, Nhlapo appeared before the Fouriesburg Magistrate Court where his bail application was denied after hearing on July 17.

When apprehended, police said Nhlapo was facing charges related to a complaint laid by a Mosotho woman in her 20s, identified as Nom Bevule, who alleged the suspect lured her through social media.

The MNN Centre for Investigative Journalism has learned from a police statement that the unsuspecting Bevule accepted a Facebook invitation from the suspect in February 2018.

The statement further said in April, Bevule met the suspect in person at which point she was taken to a house in Fouriesburg where the alleged crimes were committed.

Following Nhlapo’s arrest, as a result of Bevule’s complaint, police invited possible victims to come forward and give evidence; with Bevule also using social media posts appealing to other victims to come forth and help send Nhlapo away for good.

It is following this call by police that hordes of young women came forward to give evidence against Nhlapo.

The Centre has learned it was not an easy task to coordinate the submission of evidence as a specialised police unit had to come to Maseru to hear evidence and take statements with the girls only agreeing to do so at a local human rights group offices shy to be seen flocking to a police station. Click here to see what one of Nhlapo’s victims had to say.

Nhlapo’s case will be heard either at the Bethlehem regional court or in the Bloemfontein High Court due to the complexity of the charges he is facing.

When Bevule first spoke out, it was a nasty social media fight between her and Nhlapo, no one suspected it would end with the accused facing 46 criminal charges.

When the social media fight intensified, Nhlapo’s sexual escapades with more young women were exposed on social media platforms and his accuser, the little known Bevule, was crucified and labelled a “gold-digger”.

Yes, there were some who came out to condemn Nhlapo, but their voices were muffled by the frenzy of those perceiving the young woman a “Slay Queen” (young and naive girls who apparently do not date broke men) that had it coming.

Fortunately for Bevule, it only took more social media posts by Nhlapo – in his attempt to prove his innocence – to unveil his sins for all to see thereby proving his accuser right.

Not only did Bevule become a heroine by speaking out, but she inspired many others to speak out against Nhlapo even though many gave statements in secrecy due to fear of reprisals.

How Nhlapo lured his unsuspecting victims’ to his Fouriesburg rape lair

The Centre has learned that more than 46 women have come forward to present their cases against Nhlapo since the first case was reported against him, Bevule.

The Centre has learned the accused, Nhlapo, used to lure young women as young as 18 or even younger, with promises for lucrative jobs in South Africa.

Nhlapo is said to have used social media platforms to carefully select his targets.

He allegedly presented himself to his unsuspecting targets as a concerned friend and ingratiated himself to his soon to be victims and made them feel he could be trusted by being compassionate and showing empathy through inbox messages he shared with his targets.

For instance, the Centre heard how he would bait his targets by studying their social media posts and later when they are in need for help or a shoulder to cry on, he would swoop in and be the first to offer them emotional support and the unsuspecting targets would pour out their hearts out to him.

In that way, the Centre learned Nhlapo gained his targets’ trust. In instances when his targets were showing signs of being in financial distraught, he would then offer them job opportunities across the border in South Africa.

He would then invite his victims for an interview in South Africa and prove himself to be a friend by also offering his targets to pick them at the border and drive them to these job interviews.

Once targets have crossed the Lesotho-South African border, he would appear with a friend to pick the targets.

The Centre has learned most of his victims were picked from the country busiest Maseru Bridge and the Maputsoe border posts.

Some of the victims were picked from the Caledonspoort Border post, the major crossing in the northern district of Botha-Bothe into his hometown of Fouriesburg, in the eastern parts of the of the Free State province.

Nhlapo would then approach his unsuspecting targets as a Samaritan who offers to pick them by the borders and then from there on the way to the false job interview, he would change route and tells the victims he needs to pass by a friend’s place urgently.

It is at arrival at his so-called friend’s place that his victims would realise that their dreams were too good to be true as they would be forced to drink alcoholic beverages, sometimes spiked or are drugged.

Most of the times women who went through the ordeal of being his victims are reportedly forced to drink or do drugs at gunpoint or the drinks would be spiked if the targets seem to be permissive of the idea of a having a few drinks with him.

Then it is from there that Nhlapo would allegedly change the character into an “animal” that demands the victims to have sex with him, and if they refuse he would then sexually assaulted and rape them at gunpoint in a room reportedly fitted with video cameras.

The Centres have heard, sometimes, when he went to fetch his unsuspecting targets, Nhlapo would be in the company of his friends whom he reportedly invites to engage in this sexual assault crimes with him.

The Centre has also learned of allegations that Nhlapo was once a ghost worker at Maloti a Phofung and was recently cut off the books due to a corruption investigation into the public finances at that local government body.

Following this, Nhlapo’s sources of funds were waning off, and he reportedly resorted to holding hostage his victims and demanding ransom from parents with threats that he would release pornographic videos he captures while sexually assaulting/ raping his victims.

He also lures young women with the use of pictures of South Africa’s leading political parties’ regalia, which he uses as bait and claims he is highly connected in politics and can easily secure jobs in South Africa for his victims.

The Centre has learned that, even though Bevule was victorious in her mean fight to bring down Nhlapo for justice to take its course, the accused had allegedly evaded arrest with the help of police in Fouriesburg.

The Centre heard how Bevule’s first police report made in an attempt to have police open a case in Fouriesburg against Nhlapo, was taken and only to be shelved to gather dust.

With no case was opened against Nhlapo by the police, Bevule was agitated and running helter-skelter trying to get help.

But it was only when a case of a crime committed in Fouriesburg was reported in Ladybrand, at a police station 120 kilometres away from the original place that the initial case was reported that police opened a case and investigations began. This Bevule archived as a result of some connected human rights defenders like Carol Motolo of Carol Motolo Foundation and Women in Law Southern Africa moving in to re-claim victory for the victims.

But, still in Ladybrand, the Centre has learned that for the case to be opened, it took special favours by these human rights defenders resulting in strict orders from the Free State Police bosses for a case to be opened against Nhlapo with special investigators assigned on the case.

The Centre heard Nhlapo had highly placed allies within the police serving at the Fouriesburg station that shielded him from arrest. On the same day, Bevule gave police her statement graphical details of what she told the police landed on Nhlapo’s lap and he further threatened Bevule.

In Lesotho, when young women came forth to report cases of sexual assault against Nhlapo at the police, they were allegedly send off with nasty comments implying that they called it onto themselves to be raped by Nhlapo.

While the Centre’s crew was visiting the Fouriesburg police station, an officer who was seemingly manning the station, asked about Nhlapo’s case, gave a stern look and said the station commander was not available.

When pressed for more information with questions, the officer said he is not at liberty to divulge anything to the media.