You are here
Home > News > Afriski accused of negligence 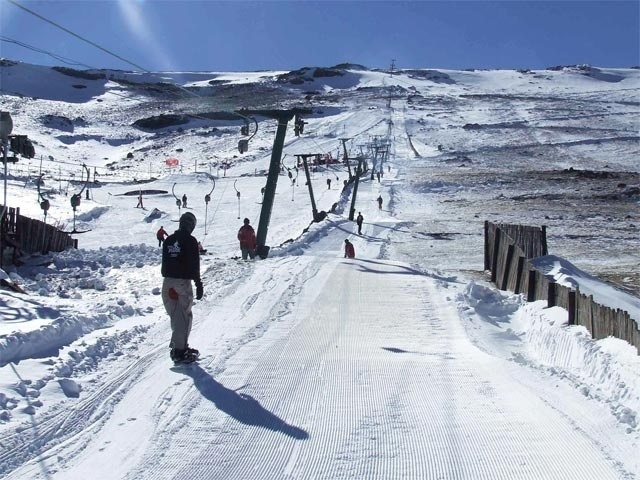 Tourists’ destination giant, Afriski Resort, is accused of negligence by a South African citizen whose daughter’s leg got broken while bum-boarding at Lesotho’s only skiing site last month.

Anna Coetzee, based in Ladybrand in the Free State province, contends Afriski failed to provide her daughter with professional medical assistance following the accident on June 27.

The teenager only received medical care after they crossed back to South Africa, according to Coetzee.

Located 3050 meters above sea level at Mahlasela pass, in Botha-Bothe district, Afriski is one of the only two ski resorts in southern Africa.

For the past eight years, Afriski’s medical and clinic services have been managed by a South African based Event Medical Consultants (EMC), which has a 4×4 ambulance awaiting accidents at the resort every winter for four months.

Speaking to MNN Center for Investigative Journalism (MNNCIJ) Coetzee said while at the resort after the accident, the EMC Basic Life Support personnel, only known as Simone, administered drugs on her daughter in absence of a qualified paramedic.

It is Coetzee’s contention that Afriski risked the life of her daughter by sanctioning a medically underqualified Simone to administer the drugs on the teen.

She added she was promised by the resort she would find a paramedic at the border that would administer the drugs on her daughter “but there was no paramedic available upon arrival at the post and the injections that were given at the resort had worked out”. This after futile attempts to get paramedic from Letšeng Diamond Mine, she said.

Coetzee has threatened to report the EMC to Health Professions Council of South Africa (HPSCA) but told the Centre she was still waiting for their registration numbers before she could lodge her complaint.

“I would also like the mentioned members HPSCA registration numbers in order to lay the official complaint in this regard, due to the lack of treatment my daughter received, they do not deserve the HPSCA license numbers,” she said.

Although he held a view that some of Coetzee’s concerns were addressed, the EMC Chief Operational Officer Rolf Schana said he had explained to her “if she feels that her concerns have not been resolved she is welcome to approach bodies such as the HPSCA, even though it has no jurisdiction in Lesotho. Unfortunately, Lesotho has no legislation governing Afriski …and there are no clear guidelines.”

This, the Centre observed, paints a gloomy picture on Lesotho’s capacity to regulate tourism resorts like Afriski and ensure safety at all times.

“As far as I have observed, tourism entities in Lesotho draw their own guiding regulations and they all use different regulations. The best way would be to visit one and make enquiries,” Ministry of Tourism Information Officer, Moipone Mokhehle told the Centre.

“Afriski, out of their own, have set up a medical Centre, contracted the provision of medical services which include three medical staff, three paramedics and off-road ambulances,” Schana disclosed.

According to Schana, Simone administered the medication as per doctor’s instructions.  He told the Centre that their standard practice within the prehospital environment is to email or text medical staff giving medication if the paramedic is away.

“This is done in consultation with other senior paramedics on call or with our medical doctor,” he said.

Narrating details of the incident, Coetzee said on June 27 they clocked in at Afriski at 10:00am as a group of ten people.

“At about 13:30 my eldest daughter was bum-boarding as her leg got injured. There is a clear safety risk with the nets and the poles at the end of the slope. I ran to get a medic and after a few minutes a lady arrived.  Later on, I discovered it was Simone.”

She said her daughter was not fully assessed at the scene and was taken on a body board to the consultation rooms, adding at the place of the incident, her leg was only supported by a jacket of one of the snow patrol guys.

“On different occasions before leaving the resort, Simone had injected the ailing daughter with voltaren and tramal,” she said.

She added she also inquired about Simone’s qualification on their way and she discovered that Simone is a Basic Life Support — “work that can be done by qualified bystanders. She (daughter) was in severe pain. It took them ten minutes to get her loaded into the ambulance as the trolley was broken and could not pull out.

“I accompanied my daughter in the ambulance.  I was sitting on the seat next to her and had to hold her the whole time down the mountain as she was never strapped in.  The broken leg was also not strapped in and fell off the trolley several times.

Schana argued on contrary that “it is very unreasonable to expect any one of three staff members to work 24 hours per day. The staff need time off and the staff rotate to cover the clinic times. Every effort is made to ensure the safety of all staff and patrons at Afriski. But we need to be mindful that this is a ski resort and is a remote site, which offers its own sets of challenges.”

Schana insisted Coetzee’s daughter “was managed in the medical centre, treated, effectively evacuated off the mountain in a 4×4 vehicle, handed over to SA ambulance service at the border”.