You are here
Home > News > NUL Exams in Limbo 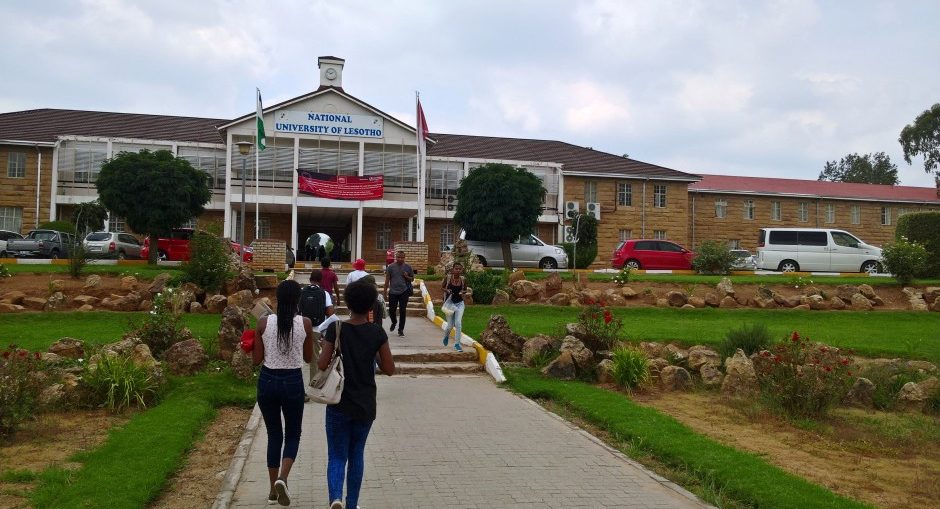 The National University of Lesotho’s Senate today suspended all examination and academic activities owing to a pending plight over reduced subvention it receives from government.

In a statement issued earlier today (May 7, 2018), the suspension is expected to start tomorrow.

The NUL Senate in their statement pointed out that following their petition to Prime Minister Thomas Thabane last October regarding a decline in the school’s subvention from the Ministry of Education, no solution was reached.

“…the Senate has been further shocked that instead of responding to the said crisis, the subvention has been further cut to M99 million in the projected 2018/19 Financial Year. This cut is yet another indication of the devaluation of the Higher Education in Lesotho,” the statement reads.

It adds, “… as its statutory responsibility as the principal academic authority for academic work and the quality of education, Senate has come to the conclusion that the financial situation of the university has become untenable in the discharge of this mandate.”

The Senate reveals that the school’s subvention has been on a decline trend for the past decade.

“Concerned about the declining trend in the government subvention to the National University of Lesotho over the last ten years which dropped from M132 million in 2008/09 to M100 million in the current academic year 2017/18, NUL Senate resolved to petition the Rt. Hon Prime Minister, in October 2017 to address the Congregation of the University on the commitment of the government to the funding of the University.”

Dr Thabane, the statement observes, directed ministers of Education and Training, Development Planning and Finance to sit with the university authorities to find a solution for the financial crisis, however the governing body noted there has not been any progress to a solution despite the school’s management’s efforts.

Speaking with MNN Centre for Investigative Journalism (MNNCIJ) earlier today, Development Planning Minister Tlohelang Aumane denied any knowledge of a request to have a ‘sit down’ with the university authorities.

“What the university is complaining about is a financial issue of subvention and core ministries of Education and Finances are supposed to have initiated the meeting. I have no information of a need for such a meeting,” Aumane said.

He added, “My ministry is a supporting ministry which is involved through scholarships. Please contact the core ministers and find out why they haven’t called a meeting to address this issue of subvention.”

Endorsed by Registrar and Senate Secretary Maqalika Lerotholi, the statement indicates that the 2018/19 subvention cut would incapacitate academics to discharge their functions of teaching and instruction, research and innovation as well as community engagement.

The statement further indicates that the M15 million which was pledged towards the support of research and innovation in the 2017/18 budget has been withheld by the government.

“At its special meeting on Monday 7 May 2018, NUL Senate considered the deleterious impact and repercussions of the on-going systematic crippling of the University financially and resolved that this situation has become unacceptable, untenable and is tantamount to a deliberate neglect of higher education in the country and in light of this, Senate further resolved to suspend the following academic activities with effect from Tuesday 8 May 2018 until government of Lesotho shall have addressed comprehensively the financial sustainability of NUL;

Senate hopes that the government of Lesotho will rectify the university’s debilitating financial situation to enable a speedy return to normalcy,” the statement reads.

The Senate related their move in line with the Higher Education Act of 2004 section 33 which binds the government of Lesotho to provide adequate financial resources to all public Higher Education Institutions for their sustenance.

Government spokesperson Nthakeng Selinyane told MNNCIJ he had just seen the statement on social media and would not be in a position to comment on it yet.

“I am sure even my superiors have not seen the statement and I want to believe it is still making its way to the rightful offices, but at this point I am not inclined to comment or even speculate on the government’s reaction. But, I know it is not in the government’s interest to have an institution has brought forth ground breaking achievement and accolades to the country to be in this manner of break,” he said.

The NUL Senate comprises Vice-Chancellor who is also the chairperson, the Pro-Vice-Chancellor, the Registrar who is the Secretary, the University Librarian, seven Deans of Faculties, Director of Institute of Extra Mural Studies, of Departments of Faculties, Heads of Units-Institute of Extra Mural Studies, Library representatives, Faculty Tutors, Professors of the University who are neither Deans nor Head of departments, Congregation Representatives, Student Representative, Invitees and affiliated institutes.

“I am working on a press statement which will be released later in the evening regarding the government’s response on the issue and until then I cannot say anything. I trust you will also get a copy even via WhatsApp,” Professor Rapapa said.