You are here
Home > Our Stories > Storm over expo

As TEN dismisses two of its directors amid embezzlement allegations

In the wake of an intensified feud stemming from allegations of funds misuse among organisers of the much-sponsored Lesotho Entrepreneurship Expo 2017 edition, The Entrepreneurs Network (TEN) has issued two of its executive directors with dismissal letters.

Attorney Nonnie Da Silva–Manyokole and Ms Seipati Sekokotoana were told to leave office with immediate effect last month on grounds they have compromised the integrity and good standing of TEN.

The duo’s dismissal follows a bitter fallout with their partner and chairman, Mr Thabo Stephen Monyamane, they accuse of embezzling funds meant for the expo.

TEN – a non-profit organisation registered under the Companies Act of 2011 – was established in 2016 with the aim of enhancing growth in the small business sector through networking.

The organisation has since gained popularity in the business sector through organising crowd funding initiatives, dubbed hook-up dinners, and expos, among others, to promote small businesses in Lesotho.

In partnership with the Basotho Enterprise Development Corporation (BEDCO), TEN organised the 2017 Entrepreneurship Expo held at Maseru Mall on 13 to 17 November. The event attracted multiple sponsors contributing over M1.5 million for its success. BEDCO was the main donor pumping M700 000 into the event.

But while on the face of the event things looked smooth, the MNN Centre for Investigative Journalism (MNNCIJ) learned there was a brewing tension among the organisers.

Monyamane has, however, came out guns blazing against the allegations, labelling his accusers bad sheep hell-bent to tarnish his name and that of TEN, “because they joined the organisation with expectations of becoming rich.”

In a letter Sekokotoana wrote to the LNDC chief executive officer, Mohato Seleke, dated 24 January 2018, Monyamane is accused of a series of financial misappropriation allegations that include non-compliance with the country’s tax laws.

The letter requests intervention of the LNDC boss “regarding the conduct of TEN chairman Mr Stephen Monyamane.” Monyamane is also a member of the LNDC board of directors.

The letter reads in part: “We are a group of five members with Mr Stephen Monyamane being our chairman. We were still getting along until the planning of the Expo 2017. Mr Monyamane started acting secretively by making decisions without consulting us.”

Sekokotoana says there have been many concerns that they raised regarding the misuse of the funds that were allocated to TEN in sponsorship of the Expo, where LNDC was one of the sponsors.

“He (Monyamane) became uncooperative and we started to find surprising discoveries that Mr Monyamane used funds intended to support Basotho at the Expo to purchase the stalls using his own company names, Montech Institute,” Sekokotoana wrote.

She added all the funds that were given to TEN by different stakeholders had not been accounted for by Monyamane.

“We have been demanding proper financial reporting including invoices and bank statements to TEN account but to this date we are denied any access to such statements. We are demanding this from him since he was one of the two signatories to our TEN account and because our offices were in his premises where he has attempted to attack one of our members (Da Silva-Manyokole) when demanding these documents,” Sekokotoana noted. 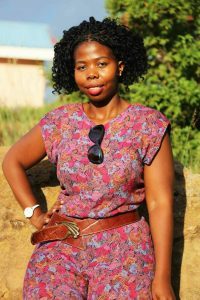 She said there was also an issue of noncompliance with the Lesotho Revenue Authority (LRA) laws with regard to declaring the stalls amounting to M600 000 bought from South Africa and used at the expo.

“We are aware that Mr Monyamane is one of your board members and we received sponsorship from your Corporation. We would therefore humbly request your intervention in this regard in order for the chairman of TEN to account to us, our sponsors and the public because the money that we collected was from the public meant to enhance entrepreneurs in Lesotho – not to benefit him as an individual.”

Both Sekokotoana and Da Silva-Manyokole confirmed contents of the letter in separate interviews with the MNNCIJ. 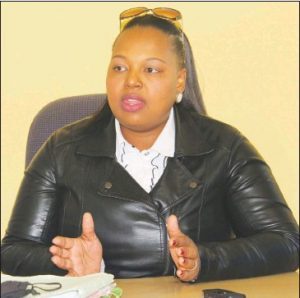 Attorney Nonnie Da Silva-Manyokole was fired as director of TEN in an intensified fallout with partner and chair, Stephen Monyamane

They said Monyamane announced to partners in October 2017 that he managed to pull strings with BEDCO to collaborate for a “more intensive and bigger event which would be of the international magnitude”.

They said they began to suspect shady dealings when Monyamane unilaterally allocated himself 600 shares, distributing the remaining 400 shares to four other members ahead of the expo – a discrepancy which was however later cleared in consensus with each member given 250 shares.

At some point, and without other members knowing, Monyamane paid himself, Moqoko, a certain accountant and the other person who drafted some “unclear” document M30 000, M25 000 and two batches of M10 000 respectively, Da Silva-Manyokole added.

Sekokotoana said she raised her dissatisfaction until Monyamane brought in the Small Business Development Principal Secretary Lerata Pekane to intervene. Mr Pekane had also been a TEN member before he was appointed PS.

But Pekane’s intervention bore no fruit, according to both Sekokotoana and Da Silva-Manyokole, as they allege the PS was one-sided, “seemingly doing damage control”.

At another instance, Da Silva-Manyokole and Sekokotoana say they were phoned by Monyamane to collect what he said were TEN’s financial statements.

“But we were given a draft report which Pekane had posted on Facebook and a file of invoices which were unstamped and had no receipts attached,” Da Silva-Manyokole charged. Sekokotoana added Monyamane told them to go to a court of law if they required more information.

The MNNCIJ was made to understand there was a fierce encounter between Da Silva-Manyokole and Monyamane during this instance.

But for his part, Monyamane has dismissed allegations levelled against him saying they “…were joined by Sekokotoana and Da Silva-Manyokole, not knowing they had other ultra-motives of enriching themselves with that non-profit making organisation. The idea of TEN has never been to make profits,” Monyamane told MNNCIJ in a recent interview.

However, Monyamane indicated for them to “make business” every director was given a chance to supply services needed for the expo as per the TEN’s set procurement procedure.

He dismissed allegations of funds misuse querying, “… if there is such why there hasn’t been any court order issued against TEN? Why there wasn’t any attempt to stop the event legally? Why has TEN never been served to appear before the Directorate on Corruption and Economic Offences? And why are these unfounded allegations seem to be centred around one individual, me?”

About the letter Sekokotoana wrote to the LNDC CEO, Monyamane said he considered that irrational, “because the CEO reports to the board members, not the other way around.” Monyamane is member to the board in question.

That the LNDC sponsored the expo, which he organised, Monyamane said he was no way conflicted being the Corporation’s board director.

It is Monyamane’s reaction to the allegations levelled against him that has led to the firing of Da Silva-Manyokole and Sekokotoana. He confirmed they had reached a resolution to fire the duo during a special meeting earlier this year.

In the two dismissal letters dated 16 February 2018 and endorsed by Monyamane, Shale and Moqoko; Da Silva-Manyokole and Sekokotoana are accused of compromising the integrity and good standing of TEN “thus failing (their) duties as expected of a director.”

The letters add: “We have also found that the conduct of (Da Silva-Manyokole and Sekokotoana) was lacking in good faith and was intended to tarnish the goodwill of the organisation.”

The dismissals are with immediate effect, the letters show and conclude: “You are therefore advised that you shall not be acting or speaking on behalf of the company in any ways anymore, and to do so would be deemed a misconduct and act calculated to harm the company, which shall not be tolerated.”

Seleke has confirmed receiving Sekokotoana’s letter in a recent interview with the MNNCIJ. The LNDC boss also confirmed Monyamane was the board director and that the Corporation donated M175 000 into the expo.

“We are yet to establish veracity of allegations made in the letter. What we did after receiving the letter was to request TEN to provide us with a full report of how they used the money. They gave us the report but I am not in a position to say whether the report depicts a true picture of how the monies were used,” Seleke said.

He added it would be imperative of BEDCO to investigate the matter, “because they are main sponsors of the event.”

Seleke was however quick to indicate if it could be proved “beyond reasonable doubts that funds were misused, the Corporation can engage harsh measures against the organisers. We do not condone misuse of taxpayers’ money. LNDC, as a public entity, used taxpayers’ monies to support the event.”

About Monyamane’s alleged conflict of interest, Seleke, who was appointed at the helm in December 2017, stated that if he was part of the management prior to the expo preparations, “I would have sought an advice from the board itself concerning the matter in hand.”

He said the degree into which Monyamane was conflicted in the matter remained to be determined by the board members, “because for me, I report to the board. In other words, I report to Monyamane….”

BEDCO’s spokesperson, Mr Mzimkhulu Sithetho, told the MNNCIJ they were satisfied with how TEN had accounted for the monies used for the expo.

“The event was a success. Goals were met; out of 100 small entrepreneurs that were invited, the turnout was 80. Their products were successfully exposed to potential buyers. Corporate companies were also given a platform to expose their services as well. Platform for discussions, debates and motivations was actively enabled,” Sithetho said.